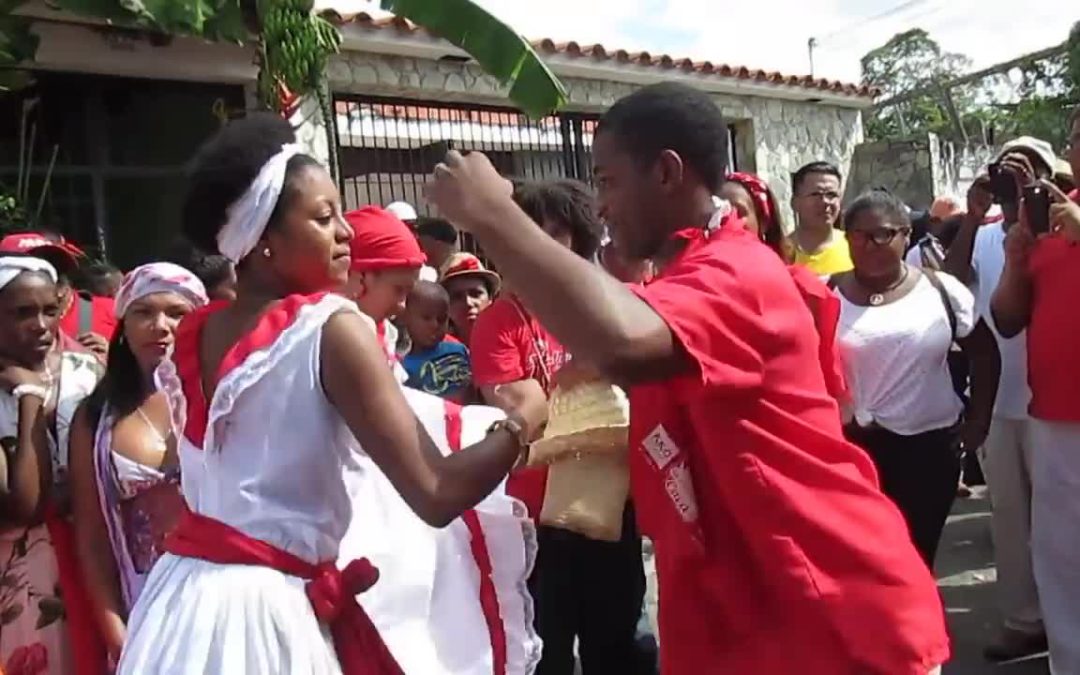 The drums in Venezuela are a musical expression that has its origin in the African slaves that were established mainly by the coasts of the country, brought by the Spanish colonizers. In this way, religious practices and African traditions merged to mold a mixture of popular rhythms full of songs and rituals framed in a magical atmosphere. Each area developed its own rhythm and therefore designing a wide range of drums that we know today.

From East to West, passing through the center, the drums rumble spreading joy and even spiritual liberation, especially on certain holidays when the people unite as one body, leaving work aside. Chimbangles, for example, are associated with the festivities of San Benito, very popular in the South of Lake Maracaibo and through the center of the country with San Juan Bautista every 24 June.

In Aragua or Miranda states, the peals in honour of the Saints are also large parties accompanied by white and red costumes. The Mirandino town of Curipe is one of those good examples of joy linked to the local drums, such as the culo e’puya.

In Chuao, Aragua state a drum called redoblante is used, which is played by a single person and the songs are made by women. They also have other very rich golpes, such as Paradise, Chuao or Plaza.

On the Aragonese coast, fishermen usually take San Juan out in a maritime procession with small and colorful ornaments.

Theories developed by students of Afro-Venezuelan music explain the typical step of dancing drums, with one foot that moves and lifts slightly, while the other almost anchored, the same one in which the slaves were chained in a shackle that limited the movement.

Our drums are part of the identity we have as a country. We speak of an artistic language connected with the historical past.