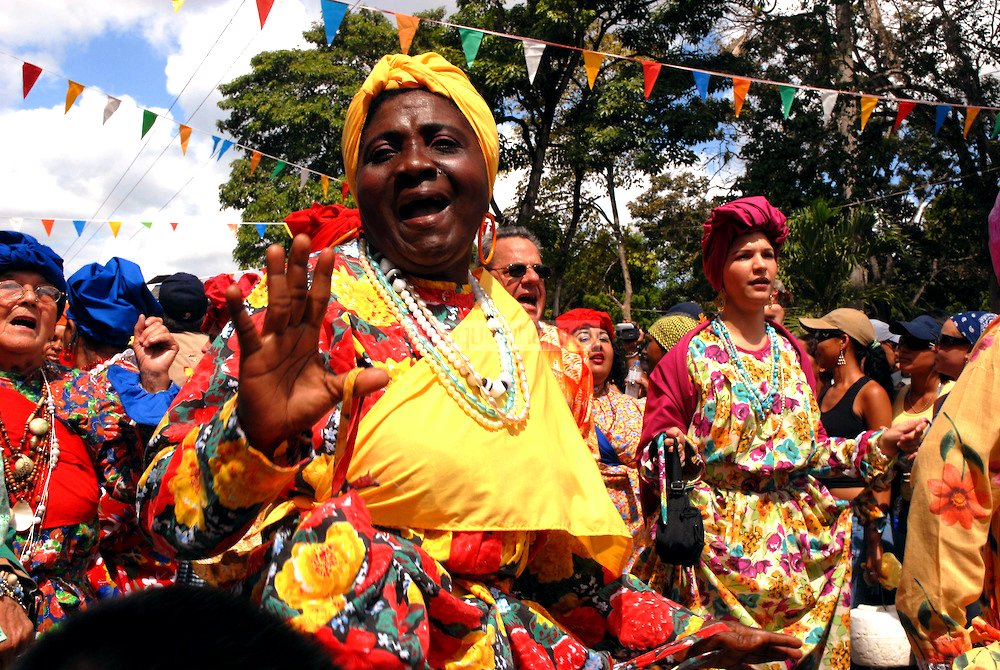 The origin of the Calipso of El Callao dates back to the time when the Antilleans arrived in Venezuela back in 1870. They were mainly Trinidadians who were the largest population in the African-American Caribbean, but they also migrated from other Caribbean Caribbean islands. In the 19th century, most went to the town of El Callao to work in the gold mines. With them came their customs to the calypso music, which later became very popular in the city, and later in the Bolivar State. This popular music is a mixture of genres from Venezuela and the Caribbean and is sung in Spanish and / or Caribbean English. It is closely related to the Carnival festival, a tradition also brought by the people of the West Indies.

The important settlement of labour, near the Yuruari River, converge diverse cultures and with it an infinite number of languages, customs, music and song, and among them the calypso and the patuá. Thus, the inhabitants – of diverse origin – saw in the calipso during the carnival, the perfect opportunity to celebrate the joy of living, of feeling and transmitting their sorrows and nostalgia and, in some cases, as divine interpretations for the flowering of the gold industry for the people.

It is usually performed in the months of February and March, where it is held with contests in which the winners are crowned as the King and Queen of Calipso, this being a popular cultural tradition. The Madamas, the Mediopintos and the dancing Devils, with their particular characteristics, reflect the feeling and ideology of an era, which is revived at each carnival in El Callao.

One of the most renowned women of this carnival was Isidora Agnes. Her name evokes the passion and effort to promote a tradition that has left the name of her town held high. Madama Isidora wore her colourful costumes and with her humble feeling made El Callao a universal party. Isidora organised many dance troupes and brought the festival back to life. Every year she encouraged parties and dances to the sound of the calipso.

The instruments popularly used for the performance of this music are the drums, four, maracas, guitar, bell, bass and the rallo, although other instruments such as the electric piano have been applied over the years.